Chlorine in your Shower

In the shower environment, chlorine can either be in liquid or gas state. At higher water temperatures in the enclosed shower stall, free-chlorine moves from the liquid to the gas state, where it vaporizes and subsequently, inhaled. The United States regulates all showerhead flow at 2.5 gallons per minute. Thus, the science behind shower filtration must take into account the unique situation in the shower, including temperature, flow rate and volume.

In small quantities, exposure to chlorine gas or liquid can be poisonous. Chlorine as a gas has a pale green color with a smelly odor. Inhaling the gas can cause difficulty in breathing. Chlorine ion is abundant in nature and can be found in large amounts in salts.

Many people argue that chlorine is basically safe-that it breaks down into harmless salt and water. Well, that’s true-in a laboratory test tube under very controlled conditions. The real issue is not just how toxic chlorine itself is but how the unintended byproducts of chlorine (organochlorines and dioxins) remain in the environment. They are persistent in the environment; they do not break down readily and therefore bio-accumulate.
When unfiltered water is heated, the chemicals evaporate out of the water and are inhaled. They can also spread through the house and be inhaled by others. House holders can receive 6 to 100 times more of the chemical by breathing the air around showers and baths than they would by drinking water.

Our bodies are very good at metabolizing many things. Through special enzymes, our bodies are able to rid themselves of many environmental toxic substances that we come into contact with daily. However, dioxins/Chlorine byproduct (and other organochlorine compounds) aren’t included. Even if we are exposed to very low levels, dioxins remain in the body and accumulate. 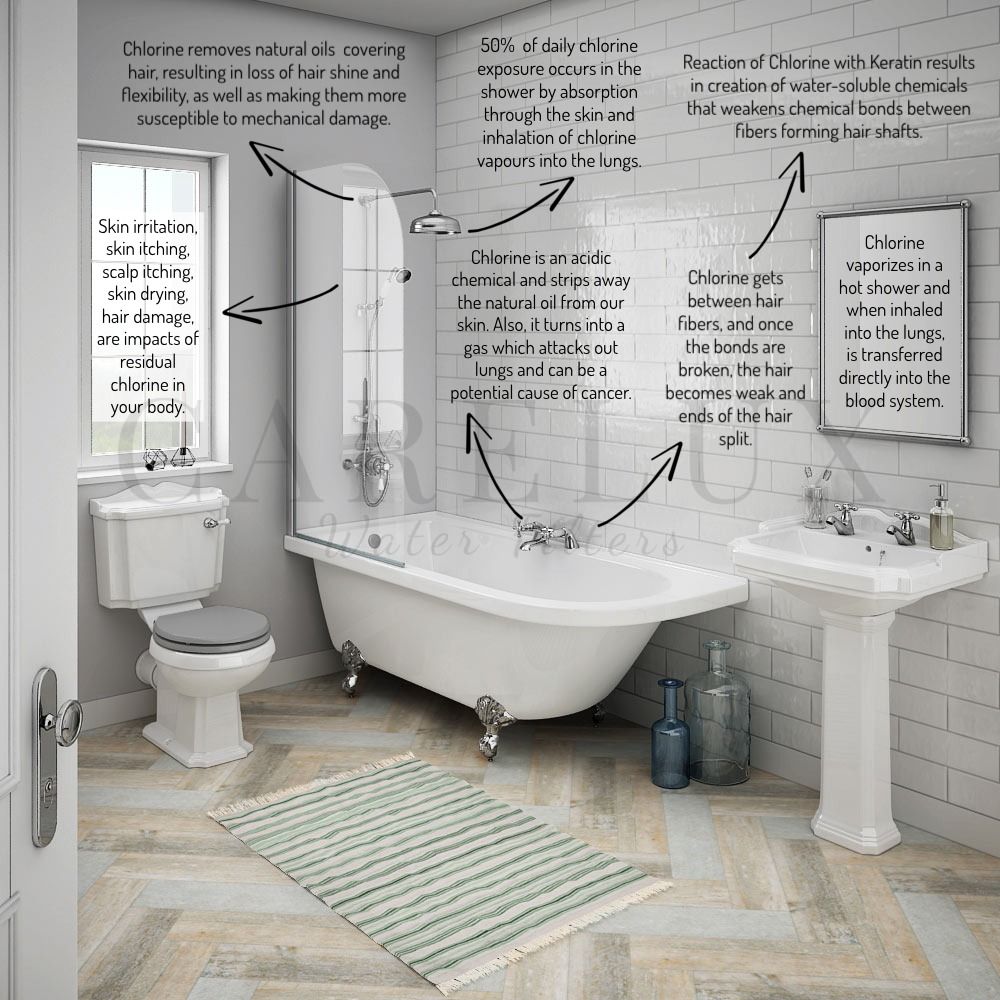 Effects Of Chlorine on Colored Hair

As a bleach, chlorine strips color from your hair. Blond hair may acquire a greenish tinge. Darker shades of hair may become dull, dry out and lose the gleam and highlights that the color treatment added.

Chlorine has a damaging effect on color-treated hair. As a bleaching agent, chlorine doesn’t just change hair color, it can damage and dull the hair.

Reaction of chlorine with keratin results in creation of water-soluble chemicals and weakens chemical bonds between fibres forming hair shafts. As the crystallization process develops inside the hair, the chlorine crystals separate the hair fibres disrupting structural integrity of hair shaft. Once bonds are broken, the hair becomes weak and ends of the hairs split.

Chlorine can change electrical charge of mineral bonded hair and oxidize those minerals.

When unfiltered water is heated, the chemicals evaporate out of the water and are inhaled. They can also spread through the house and be inhaled by others. House holders can receive 6 to 100 times more of the chemical by breathing the air around showers and baths than they would by drinking water. 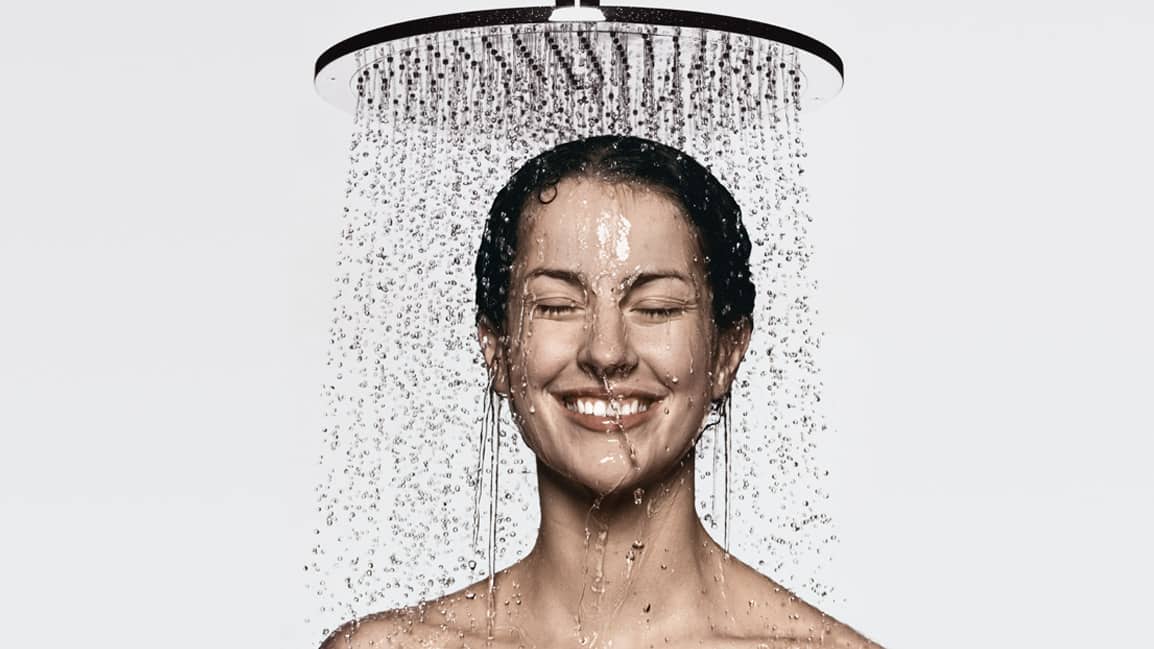 Chlorine salt crystallization process may also affect the hair cuticle. The cuticle is an outer layer of very hard, dead cells over the  hair surface. If the chlorine gets between the scales it could push up the scales; therefore, making it rough and prone to damage of breakage. These flaked cuticles reflect light poorly and so the hair fibre looks dull, dry and may fell rough when touched.

How does Chlorine affect my health?

The use of chlorine for water treatment to reduce the risk of infectious disease may account for substantial portion of the cancer risk associated with drinking water (ENVIRON HEALTH PERSPECT, Nov 1995).

How does Fluoride affect my health?

Most Australians have been regularly consuming low amounts of fluoride since it was added to drinking water in the 1960s and 1970s to prevent tooth decay. However, several controversial studies ( Fluoridation Water) in recent years have suggested the mineral may be linked to lower intelligence in children and thyroid problems that can cause weight gain, fatigue and depression.