4 Litre BPA Free Plastic Jug. Bisphenol A (BPA) is a chemical used in the lining of some food and beverage packaging to protect food from contamination and extend shelf life. It’s also used in non-food products.

Small amounts of BPA can migrate into food and beverages from containers. 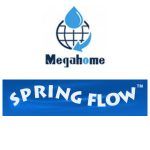 4 Litre BPA Free Plastic Jug. Bisphenol A (BPA) is a chemical used in the lining of some food and beverage packaging to protect food from contamination and extend shelf life. It’s also used in non-food products.

Small amounts of BPA can migrate into food and beverages from containers.

Bisphenol A, or BPA, is a common building block in resins and some types of plastic. It’s what’s known as an endocrine disrupting compound. In the body, these chemicals can act like hormones or disrupt normal hormone functions.

“What’s kind of disturbing about this is hormones regulate almost everything in our bodies,” says Johanna Rochester, senior scientist with the nonprofit The Endocrine Disruption Exchange, who was not involved in the work. In the case of BPA, concerns surround its estrogen-mimicking effects.

In the past couple decades, research on BPA has exploded. A slew of studies document negative reproductive, developmental, and metabolic effects in a menagerie of wildlife— rhesus monkeys, zebrafish, nematodes, and mice. Even human studies have linked BPA to a range of health issues.

In the 1950s, BPA was used in the first epoxy resins. Soon after, Bayer and General Electric discovered the molecules had a nifty trick: They could link together with a small connector compound to form a shiny, hard plastic known as polycarbonate.

Soon, BPA was everywhere: reusable water bottles, plastic plates, the liners in canned foods, sippy cups, grocery receipts, and even some dental sealants. But as people drank from their water bottles and ate their microwaved dinners, they were unknowingly dosing themselves with small amounts of BPA that leached from the plastic containers into their food and drink.

The compound has since become so ubiquitous that of the 2,517 people tested in the Centers for Disease Control and Prevention’s 2003-2004 National Health and Nutrition Examination Survey, 93 percent had detectable levels of BPA in their urine.

The Spring Flow Water Distiller by Megahome is the best countertop water distiller in Australia.  Megahome is the World's favourite home water distiller. As it is the most durable and recognised water distiller on the market. This top quality Stainless Steel Water Distiller easily removes all fluoride, chlorine, heavy metals, pesticides, pharmaceuticals and toxins. As you know, almost all tap water contains contaminants, but only distillation creates absolutely pure water. It’s simple to use, easy to clean, and most importantly, portable. The Spring Flow Water Distiller produces the filtered drinking water for around 24 cents per litre.

There are no reviews yet.

Only logged in customers who have purchased this product may leave a review.